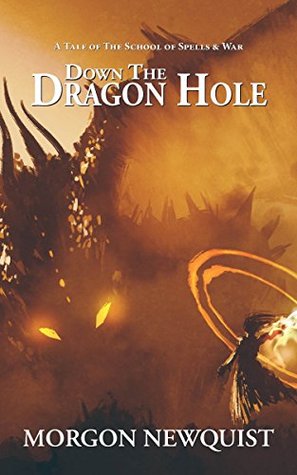 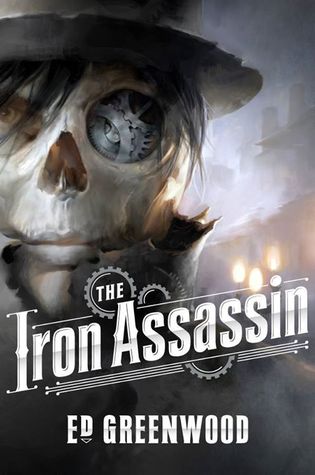 Ed Greenwood is a legend in certain circles, having created the immensely popular Forgotten Realms fantasy world that serves as one of the primary settings for the Dungeons & Dragons role-playing game series. I’ve yet to venture into this universe, but I’ve heard a good deal about it from friends and fellow geeks. Now Greenwood is venturing into a new universe, trading in Sword & Sorcery for Steampunk (or, as he refers to it, Gaslamp Fantasy.) The good news? Greenwood’s genius for world creation is unabated. The bad news? The book itself could have used a bit more work to bring it up to the expected degree of awesomeness.

In a world parallel to our own, the Empire of the Lion vies with the Spanish-based Empire of Amirondro and the Indian-based Rajahirate Empire for supremacy over a patchwork world of steam-driven innovation. Victoria III rules from seclusion, kept stubbornly alive with steam-powered heart & lungs while her son shoulders the responsibilities of government in a London rife with conspiracy and intrigue as the Dread Agents of the Tower seek to thwart the schemes of the villainous Ancient Order of the Tentacles. One such agent is Jack Straker, a brilliant (or reckless) inventor of numerous devices for protecting the Crown. His latest masterpiece: a clockwork-driven corpse to serve as the Prince Royal’s bodyguard…if it can be controlled. And if one man can control it, well…the Ancient Order is very interested in figuring out how to wrest that control away from the Crown and put the Iron Assassin to their own use….

While Greenwood is an old hand at classical fantasy, The Iron Assassin is his first foray into the realm of steampunk. Greenwood’s genius is in world creation, and that experience and attention to detail is clearly on display here. The book was a ton of fun, and I will definitely watch for the inevitable continuation. Unfortunately, the book could have used a little more editing before publication. There are numerous fragmentary sentences scattered throughout, and not just in the dialogue where such things are more accepted. The Dramatis Personae section at the beginning is wittily written but overlarge, running ten pages and containing every character found within these pages—even those who appear only long enough to expire. In the end, it’s more harmful than helpful, especially since it gave away the identity of the Ancient Order’s leader (I assume this was meant to be secret, as he was only ever referred to by his title in those sections, and by his name when he was acting in public.) Another sore spot is the somewhat inconsistent characterization. One character is introduced as a complete badass, then dies with barely a whimper. Perhaps forgivable, as the scene itself paints her as caught off guard at the end of a pleasant evening…except that several scenes beforehand it was established that she had managed to deduce that her killer was a member of the Ancient Order, and so should be very much on guard while accepting unexpected dinner invitations from said villain. At another point a character assesses the situation facing him and decides to get out of Dodge…and then shows up pages later at an induction ceremony for the Ancient Order, very much the opposite of fleeing for his life. Finally, there is an unresolved mystery surrounding the former identity of the Iron Assassin, Bentley Steelforce. Or maybe not, as everyone seems to think they know who and what he is: the reanimated body of a chimney sweep by the name of Bentley Roper. Except that there is clearly more to his story–when a startled knight starts to blurt out something about Steelforce’s past to Straker and a group of assembled notables, Steelforce calmly rips out his throat without missing a beat. I kept expecting the matter to be revisited, but it never was. Like I said, I enjoyed the book, but it was merely good when it could have been spectacular.

CONTENT: Surprisingly mild on the profanity front, though the “PG” words get quite a workout alongside the more colorful genre/era-specific cursing that litters nearly every conversation. Strong, sometimes grisly violence, scattered all through the novel. There are not infrequent sexual innuendos, mostly non-explicit, interspersed with slightly more jarring instances of explicit material such as is usually not found in this particular genre (at least so far as I’ve seen), including a clockwork corset for improving the quality of a lady’s “alone time.” There is little occult content, aside from references to a bogus (or is it?) cult that worships an ancient deity that sounds suspiciously like H.P. Lovecraft’s legendary Cthulhu. The Ancient Order supposedly uses this cult to muddy the waters regarding their activities, but there’s a bit of evidence towards the end of the book that suggests there is more to that story than is being said….