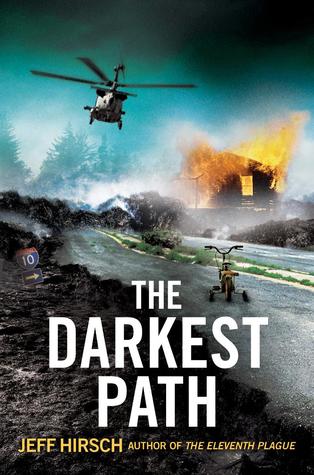 This is kind of a difficult one to review for me. Why? Funny you should ask. When I first finished this, I went into Goodreads to rate it (as I do) and was all set to give it three stars. Then I started thinking about the book and it’s merits, and had to adjust that to four. As most of the different reviewers out there have stated, the premise of the book feels like it’s been ripped from the headlines. (Whether it feels like it “could really happen” or not is a slightly different matter, but I’ll get to that later.) The plot moves along quickly, the action is fast paced, and the chapter breaks spaced diabolically in order to keep you reading. The characters are mostly fully-realized and three-dimensional. So why my initial three-star impulse? For all the things that the book does well, I still didn’t like it all that much. I can’t fully explain that, but I’ll do my best later in the review. Full disclosure: I received an uncorrected proof from the publisher in exchange for an honest review as part of the Goodreads FirstReads program.

In the world of The Darkest Path, the United States is a nation divided once again. The Glorious Path, a militant, technophobic cult, has seized control of the southern half of the country. Those living under their control are given a simple choice: join or die. Callum Roe was captured when he was only nine years old, and has spent the last six years doing whatever he has to do in order to protect both himself and his younger brother. Pretending to follow the Path is easy compared to some of the other things he’s had to do, especially his last mission to infiltrate a fort of US holdouts near the front lines. Things are looking up for Cal and his brother until a split-second decision makes him an outcast and wanted fugitive. Now the only hope he has is to cross the border between the Path and the US….but the path ahead of him is long and full of obstacles. It’s going to take an incredible amount of luck–not to mention all of his questionable survival skills–to emerge unscathed at the end of his journey.

Like I said, I’ve got wildly mixed reactions to this book. Cal was fleshed out and three-dimensional, but I found it very hard to actually like him. He’s pretty selfish, doing anything, saying anything, threatening anyone with anything if it gets him closer to freedom. I’m not saying he’s wrong, I’m not even saying I don’t understand him, but I found it kind of hard to like him sometimes. The plot was fast-paced and engaging, and a number of the issues that are dealt with are very timely, but I wasn’t buying the premise. An American veteran has an epiphany while over somewhere in the Middle East on tour and forms a militant cult when he returns? This cult then manages to take over almost half the country, and is poised to strike the final blow to the tottering, corrupt, decadent United States? I just don’t buy it. I also don’t buy the characterization of the US Military only being interested in protecting the affluent. In fact, while a number of similar elements merely annoyed me, I was genuinely offended by the depiction of the US armed forces. I’ll grant that the depiction of most of the individual troops was better than that of the organization as a whole, but that came too little too late. I was also annoyed by the obvious “Occupy Wall Street” (or its equivalent) bias evident in how the flaws in our society have escalated by the time the story occurs. Don’t get me wrong, the system needs some work, but dang! This author has a very dim view of where the next few years will take us, that’s all I’m saying. In all fairness, I recognize that this is solely my own political bias sneaking into my reactions, which is one reason I gritted my teeth and upped the review. If I were less annoyed, I might even praise the author for managing to depict a character caught between two very flawed governments at war with each other. Alas, I’m far too annoyed for that.

CONTENT: Some profanity, occasionally strong. I don’t recall it being R-rated though. Some strong violence, including animal cruelty at a couple points. Brief sexual innuendo, nothing too severe. The story features a cult, but nothing occultic, if you get my drift.