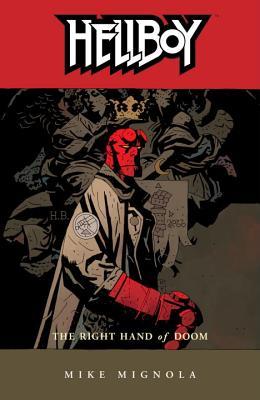 As I mentioned ages past, I love Hellboy. And my library finally got another volume! Just a single one, for now, but that’s okay. I eagerly devoured it. This volume was another anthology set, collecting a number of shorter pieces along with a couple longer one-off stories. As I stated last time, I think this shorter format really gives the character his best workout… The stories included here are: