Review: “The Name of the Wind,” by Patrick Rothfuss 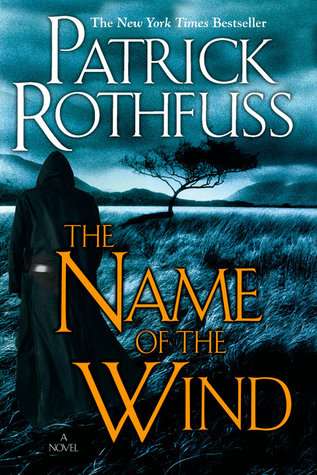 Somewhere, in a small village in the middle of a land burning with the fires of revolution, there is an inn. The innkeeper is a massive man, with hair red as flame, but most of the time he seems remarkably unremarkable. A relative newcomer to this tiny village, an outsider, but otherwise not worth particular notice. Except…every so often, when he forgets himself or thinks no one is watching, his eyes light with an inner fire that seems it could set the world ablaze. The name he gives his new neighbors is Kote, but he was born Kvothe, one of the Edema Ruh, and that name is spoken in whispers across the land. Kvothe the Bloodless, they say. Slayer of dragons. Musician without compare. Kingkiller. Come listen in, as Kvothe tells the long and twisting tale of his life and adventures….

Beautiful prose, an interesting world, and a complicated hero combine to make this an excellent read. It’s massive and arguably a bit rambling, but well worth the effort. Rothfuss weaves a web where even the smallest detail could have dire implications for later events, as Kvothe is recalling things with the 20/20 vision granted by hindsight and the narrative flair of his Ruh heritage. There are secrets here, and mysteries, but you’ll have to work for most of them. Some would argue that Kvothe, the young man of the main tale, is perhaps a bit too precocious for belief, but this offers an interesting contrast to the broken failure of a man he sees himself as in the frame tale. I very much look forward to continuing this series and finding out how that change was affected, even as I know that the third book is notoriously overdue…

CONTENT: Probably some R-rated language, but I honestly don’t remember any. PG-13, for sure. Definitely some violence, ranging from the fairly dark and a bit disturbing to harmless mischief. Some sexual innuendo, but nothing explicit yet. Later books? Not sure. Mild fictional drug content. There’s definitely magic and talk of demons, but it’s not occultic. The magic is part of the fabric of creation, and the demons are superstitious interpretations of monsters from the land of the Fae…which doesn’t do much to comfort those slain by them, to be sure.